The second issue of Beta magazine is out today, timed to serve up a healthy dose of inspiration just as the days are at their longest and the world is opening up, begging for big days on the bike and a return to the essential act of gathering—aspects of riding we’re all likely to appreciate more this year.

We start things off on Page 1 with a stunning image of Soren Farenholtz in a display of effortless style for Dylan Sherrard’s lens. From there, the pages are filled with profiles, photography, features, bike reviews, essays and columns that tap into the experiences and feelings that we as riders all live for. Watch the video above for a glimpse of what’s inside, including Mike Ferrentino’s regular ramble, “The Eloquent Hack,” in which he wrestles with the mind killer, the cause of the most paralyzing pits in the stomach, the sweat in our fever dreams: fear. 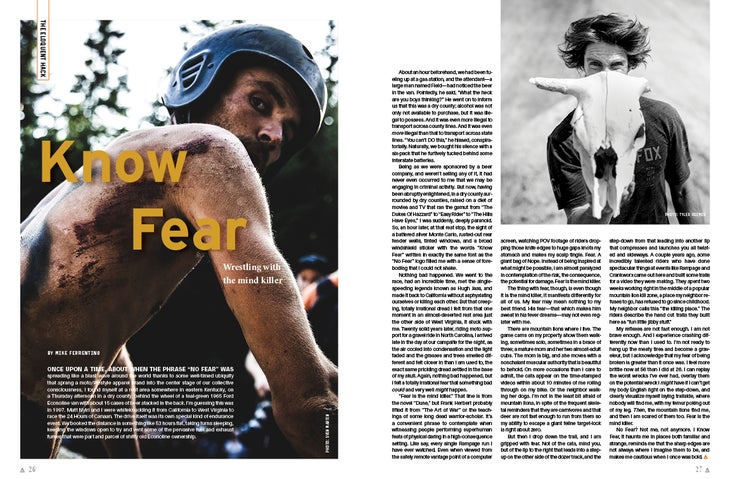 In the feature well, Devon O’Neil revisits an incident that rocked the stability of Vermont’s Kingdom Trails, a network lauded for its unprecedented relationships with private landowners that historically allowed riders unfettered access to trails built on their property. When three owners withdraw that access, the Kingdom Trails Association had to take a long look at whether too much growth can cause too much harm.

And then there’s Chroma, a slow-page-turner of a photo gallery with each image destined to pull you off the page and onto the trail—in your head anyway, which most days, for most of us, will have to do. As we tend to life’s responsibilities, images like these allow us to daydream about where we’d rather be—whether that’s pedaling in the shadow of the snowy peaks of the French Alps or carving through the deep duff of British Columbia’s Farwell Canyon. 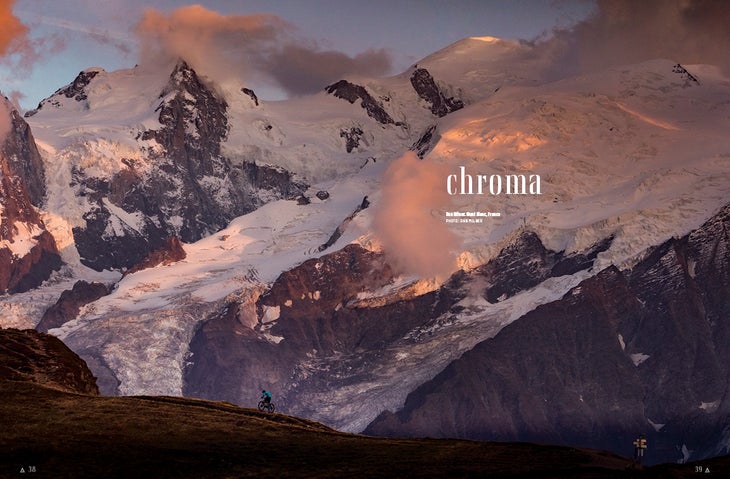 The gear section dives into the current resurgence of high-pivot bikes, and not just on downhill rigs. The new Cannondale Jekyll and Norco Shore both make convincing arguments for the return of the idler pulley, but what does the industry’s leading suspension guru have to say about it? Mr. Weagle weighs in. 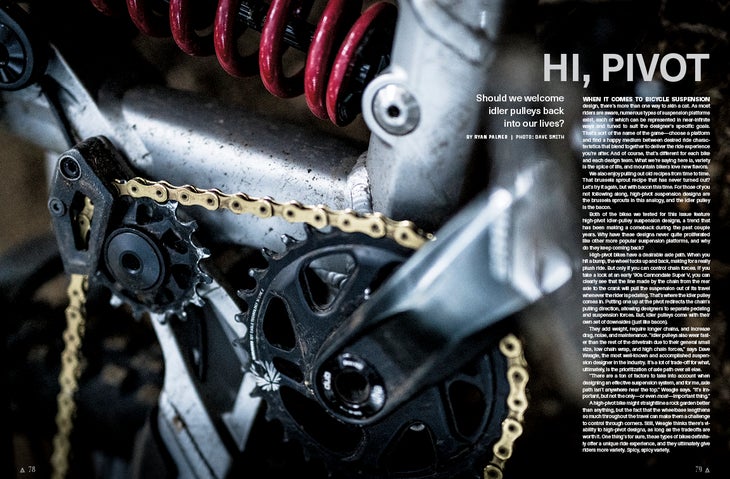 There is much more inside this issue, including interviews with Eliot Jackson on a career and life-changing year, Catharine Pendrel on returning to the World Cup race circuit four months after having her daughter, as well as making a bid for Tokyo, a feature on how Kitsbow is helping to usher in a new era of American manufacturing in a forgotten corner of Southern Appalachia, and an essay that will have every dog owner out there pulling out the tissues. So dive right in, and soak up enough inspiration for the full season ahead. Beta can be found on newsstands in the U.S. and Canada at Barnes & Noble, Raley’s and Indigo, in your mailbox if you’re an Outside+ or Beta Pass member or in your inbox if you’re an international member. If you’re not already a member, sign up here, and let us know—we’ll throw in Beta’s first issue for free.

Balancing Act—Why Hosting a World Cup is So Complex

Opinion: The Hidden Difficulties of the World Cup Calendar for Privateers