The European stop in the Crankworx event series just wrapped up in Innsbruck, and the banger reels are rolling in. Above is the full replay of Slopestyle finals, which culminated in Emil Johansson‘s flawless first-place finish. 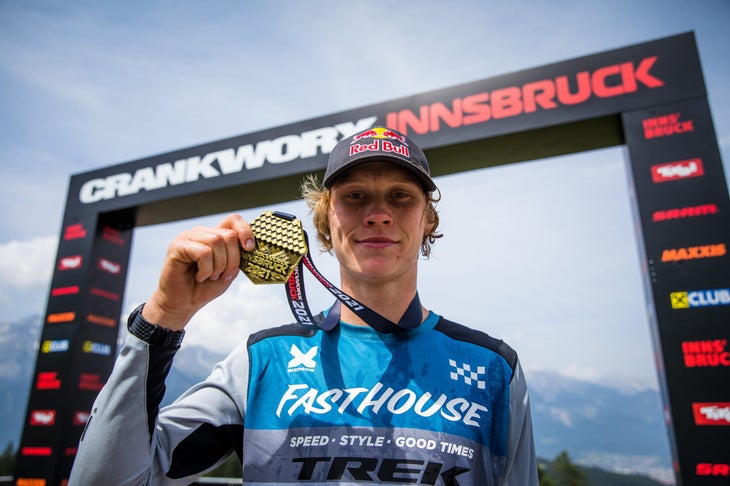 Next, the women’s downhill podium was topped by Austrian, Valentina Höll. She was flanked on the podium by Nina Hoffmann out of Germany in second place and Tahnée Seagrave of Great Britain in third.

The men’s downhill was won by Loris Vergier of France, who had more than a full second’s lead over Australia’s Troy Brosnan, who took second. Finn Illes of Canada took third.

The Whip-Off is a crowd favorite at any Crankworx event, and the Crankworx Innsbruck jump is arguably the best (and most picturesque) out there. This year, Kaos Seagrave of Great Britain took the men’s title, and New Zealand’s Robin Goomes held it down for the women’s.

Crankworx is back as a World Tour this year, without a stop in its traditional Whistler homeland, but with visits planned to other British Columbian resorts and Roturua later this year.