Home can feel routine, but it doesn’t have to. And if the past nearly two years has taught us anything, it’s that life can be a lot simpler than we may have previously believed. Photographers don’t have to constantly travel the world, shooting somewhere new and exotic, to find inspiration. As they refocused on home following a global lockdown in spring 2020, new depths of creativity emerged. That’s what we strived to capture in Beta’s first-ever Photo Annual, which is on newsstands in the U.S. and Canada now, and arriving in members’ mailboxes this week. The issue is anchored by Robb Thompson’s stunning image of Brett Rheeder  on the cover, then continues inside with an uninterrupted 38-page photo gallery, showcasing images from around the world, yet taken primarily close to home by the two dozen photographers whose work is placed on the pages. 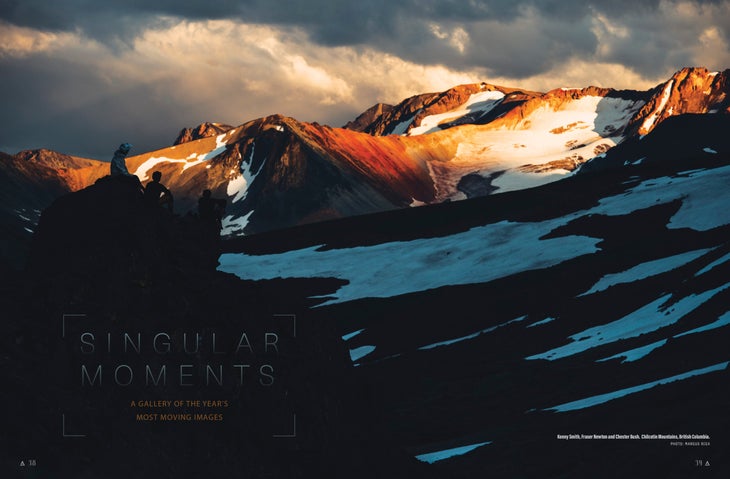 Later in the book, Mike Rose, whose name many will recognize from his long tenure at the helm of Dirt magazine in the U.K., profiles longtime friend Clay Porter, an inspired filmmaker who has profoundly impacted the visual representation of riding and racing. The California native has produced several of the sport’s seminal films, but the drive and determination required to executive his vision has sometimes come at a cost. Rose delves into the mind of the master in “Layers of Sound and Vision.” 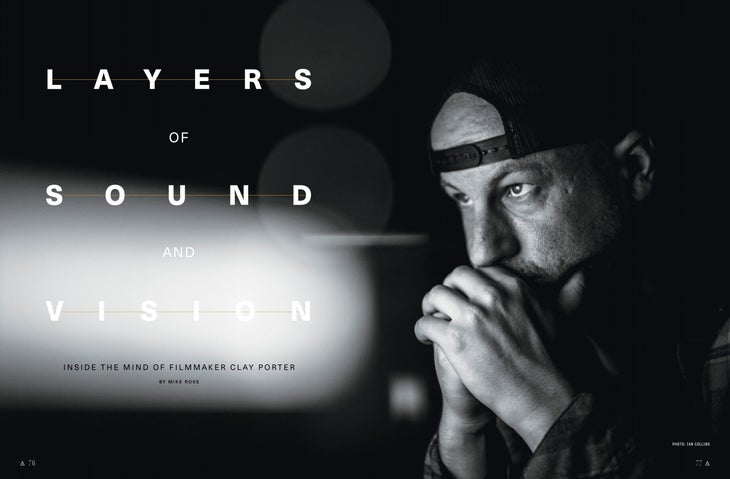 Inside the mind of the master, Clay Porter. (Photo: Ian Collins )

We also hear from photographer Kevin Lange, one of the most proficient in self portraits, a man who moved from the fast-paced world of commercial motion-picture production in Los Angeles to the quiet solitude of shooting alone in Santa Fe, New Mexico. In his essay, Lange reflects on how his photography has changed with his life, and how he learned that the true photographic pursuit is illustrating how riding makes us feel, regardless of where you are, or who you’re with. His analog process of mocking up pre-vis grids that turn vague daydreams into image missions, stands alone in its specificity and detail. 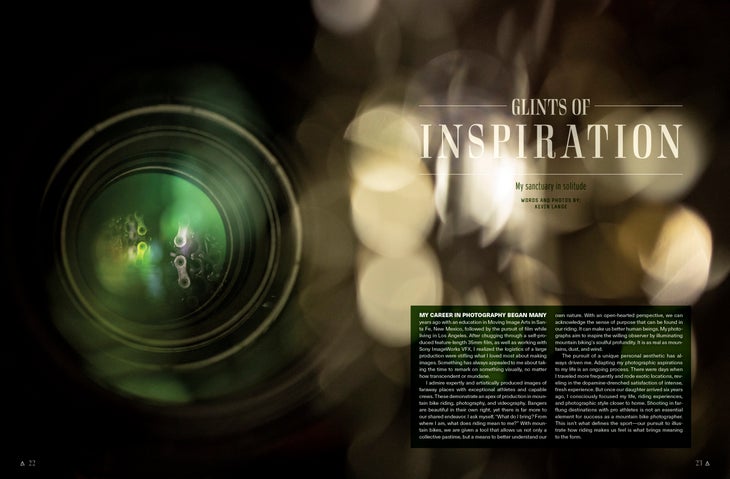 This issue also contains a robust gear section with features on Cascade Components aftermarket suspension links that alter your bike’s kinematics, a “Standard Issue” on why SPD is a master class in doing things right first time and “Insider Trading,” a piece on how one manufacturer came to dominate the dropper-post cartridge market. And of course, it wouldn’t be a print issue with Mike Ferrentino’s “Eloquent Hack” and Kristin Butcher’s “The Common Ground” columns.

Beta is available on newsstands in the U.S. and Canada at Barnes & Noble, Raley’s and Indigo. The quarterly print issue is a perk for U.S. residents who have a Beta Pass or Outside+ membership (international residents receive a digital issue). Find more on membership prices and packages here.