-Can be hard to get in some countries

Every time we bike testers pick an assignment, part of us worries whether there will be enough to talk about. Enough to make for an interesting, enlightening review. Bikes have made it especially hard lately by being so damn good that “good” often becomes the overwhelming theme. I was worried that the Nukeproof Mega 290 Carbon would be that kind of good bike. But I should have known better. Nukeproof has a reputation for serving aggressive riders, so they tend to make deliberate choices about ride quality.

On the Mega 290, one of those choices was about lateral stiffness. I happen to weigh 190 pounds, so I might notice it more than some riders, but this bike likes to hold its shape, no matter what I tried to toss it into. The obvious benefits emerge on feature-packed trails. If you dive into a berm with moderate speed or too much speed, the Mega will always have the same reaction. That’s also true on the sorts of jumps that involve any side load. One of my favorite trails has a sharkfin lip cut into the highside that allows you to send it into a downslope out of a turn, and there’s something about how the Mega handles it that almost makes it almost feel straighter. There’s less guesswork involved when things go sideways-in-a-good-way. 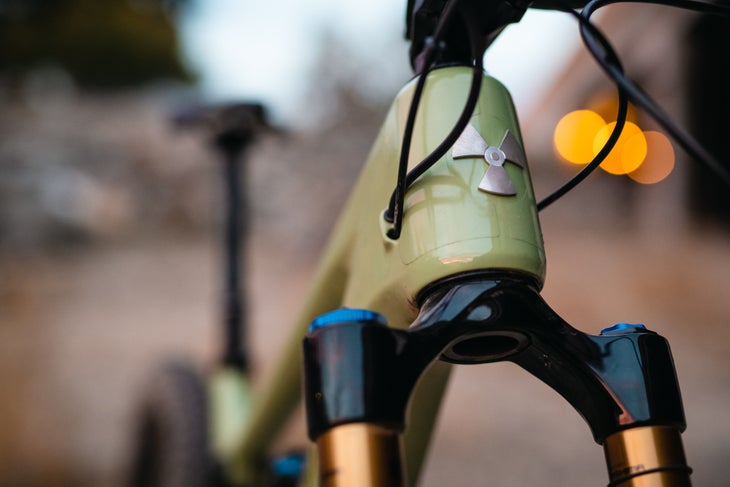 But I get more of a kick out of what a stout-feeling frame means on natural terrain. A bit of lateral deflection can help you keep from getting knocked offline in a chunky, rocky section, but it makes for a vague boundary between grip and slip. On the Mega, I felt like I was one with my rear tire’s contact patch. That’s a rare thing on a 160-millimeter 29er. I had an unusual level of control over when and how I’d let the rear wheel loose.

Yes, I’m talking about skidding. We’re not supposed to skid. But I’m not cutting a big ol’ Nike Swoosh into every mirror-smooth decomposed-granite corner. I’m on a mess of loose small rocks scattered over a mess of loose large rocks with the occasional exposed root stretching across at exactly the wrong angle. Trails where the level of force it takes to initiate a slide changes twenty times every second. That’s when the Mega 290’s predictability made it stand out. I felt like I could bring order to the chaos. 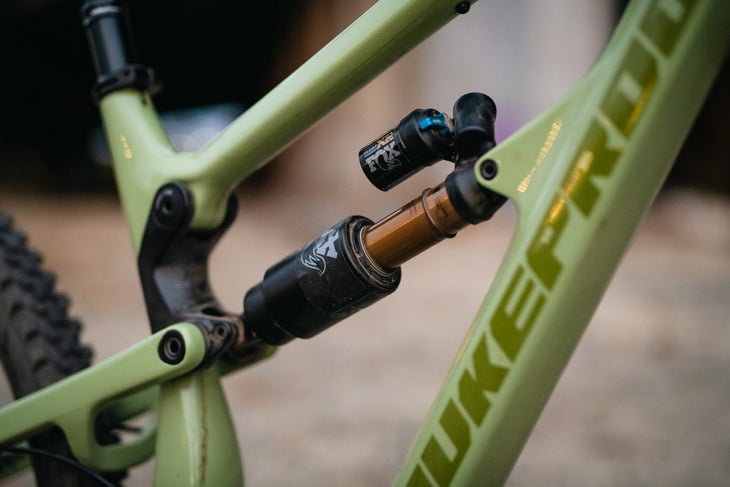 Just as orderly is how the Mega’s suspension behaves. There’s nothing all that revolutionary, just a leverage curve that stays straighter for longer. That’s sort of a thing right now. When I would compress the bike before jumping or unweighting through a section, I didn’t slide into a valley in its sag. I always had something to push off, and it always felt like the same bike no matter where I was in its travel. That works well with the Mega’s preference for riders with a heavy hand and a lead foot. Even at the just-over-30-percent sag I landed in, picking my way through stuff at moderate speed wasn’t enough to get the suspension moving. It really came alive when smashing through stuff, where that predictable feel helped it manage big and small hits consistently.

All that support did great things for how the Mega 290 climbs. It loves to sit and spin, which is what I want out of a bike with this much travel. It doesn’t sink too far into its travel if you’re just  calmly pedaling up a hill, minding your own business. Part of that, of course, is the steep seat tube angle. But it’s not as simple as that. Nukeproof is the first brand I know of using something called “saddle offset” to measure effective seat tube angle. It’s the horizontal distance between the center of the post and the point directly above the bottom bracket, measured at a given saddle height for each frame size. Suddenly, this idea made our focus on seat tube angle feel a little ridiculous. It’s like measuring reach by downtube angle or something. The way Nukeproof does it creates a far more real-world impression of how far behind the pedals you’ll sit. 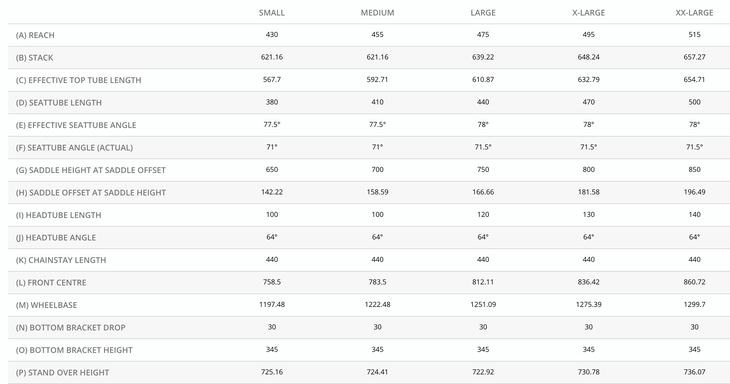 And more importantly, going by this number allows for far better consistency between frame sizes. Nukeproof found that, for many brands the rate of increase in saddle offset varies between frame sizes, even though the effective and actual seat tube angles may stay the same. Starting with what they decided was the optimal saddle offset for each frame size, Nukeproof chose the seat tube angle that would achieve it. In practice, this lead to actual seat tube angles getting steeper as bikes went up in size. Norco has started doing the same thing, but without using the “saddle offset” metric. It is a brilliant idea that, hopefully, will catch on.

The fit and finish on the Mega is just as clever. Finally, there’s room for a full-sized water bottle on all sizes, which go from small with a 430-millimeter reach up to XXL with 515. It’s got tube-in-tube routing with a clever redirection through the seatstay that puts very few sharp bends in the derailleur housing. There’s a burly plastic guard on the downtube, factory-installed clear frame protection throughout, a 73mm threaded bottom bracket and a SRAM UDH (Universal Derailleur Hanger). It is truly a full-featured build.

The Mega 290 Factory Carbon comes with, as you might expect, factory Fox suspension front and rear, including a Grip2-damped Fox 38 and a full XT build. For $5,400, there is literally nothing I’d change. Its even got a Bike Yoke dropper, with one of the best reputations in the biz, though I think they could have bumped up the length offered in each size. In the U.S., there are a handful of brick-and-mortar Nukeproof dealers, but most people will buy them through Chain Reaction, who ships directly from Nukeproof’s U.K. homeland, though you may be responsible for import duties.

I probably should have known that the Mega 290 would have something unique to offer. Few bikes in its category have the same mini-dh-level capability without feeling a little soft and vague. There’s a sharpness to the Mega. It encouraged me to be more forceful with how I rode. Instead of the along-for-the-ride approach I sometimes take to long-travel 29ers, the Mega 290 rewarded input. It’s the sort of feature that’ll appeal to the most merciless shredders, while also maybe edging the rest of us a little bit in their direction.

We’re limited on what we can easily get in the U.S. Right now, on Chain Reaction’s website, the $4,500 Elite Carbon build is the least expensive option. The Factory Carbon I tested is already a good value, but the Elite features probably the smartest approach to downspeccing a company can take. It uses a true full SLX drivetrain, including chain and crank, and keeps the same full-featured suspension spec, ditching the Kashima coat but keeping the Grip2 fork damper. The biggest deal, though, is the switch to a 36 fork instead of 38. Given how much this bike’s lateral stiffness plays into its ride quality, the 38 may be worth the upgrade. Taken together, the Factory build’s burlier fork, better dropper and XT drivetrain make it a worthwhile upgrade, but most riders will have no complaints on the Elite. Also, it should be mentioned, both are available in both 27.5 and 29-inch varieties.

There are also aluminum builds in the Mega 290 lineup, but there’s no published U.S. availability or pricing.