Devinci has carved out a reputation for building stout bikes with progressive suspension that are most at home going really fast and stomping huge lines. The Devinci Troy has for several years now been the brand’s “mid-to-longish” travel candidate for getting rowdy across a wide swath of terrain. It went from a 27.5-inch wheel steed to bigger 29″ hoops a couple years ago, and with this, its 4th iteration, sits in the Devinci lineup as the brand’s self-described “quiver killer.” 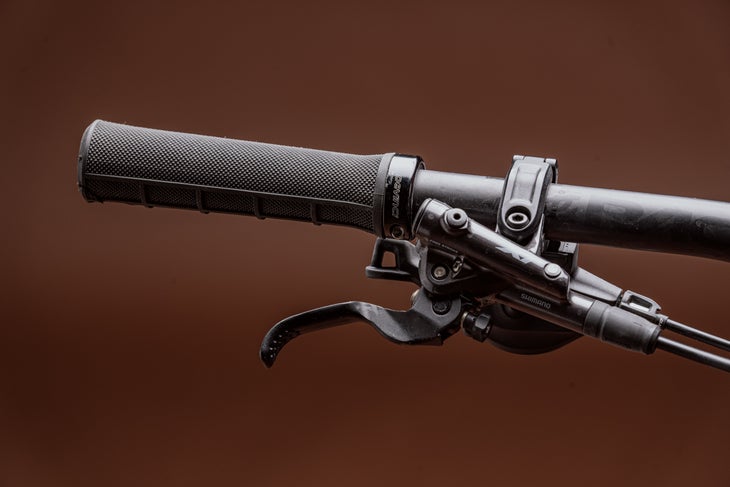 In order to best facilitate the widespread murder of quivers, Devinci sent us the Troy in its XT 12S LTD configuration; featuring a Shimano XT drivetrain and brakes, along with some Race Face bars and stem and wheels (shod with mega-brawny Maxxis Minion DHR MaxxGrip DoubleDown tires. More on them later), and an SDG saddle and dropper post. The full-carbon frame utilizes Dave Weagle’s Split Pivot design and Fox squishy bits; a Float X2 Performance Elite trunnion mount shock giving up 140 millimeters of remarkably progressive travel, matched with a 160mm Float 36 Performance Elite fork up front (with the added bonus of a GRIP2 damper nestled inside). 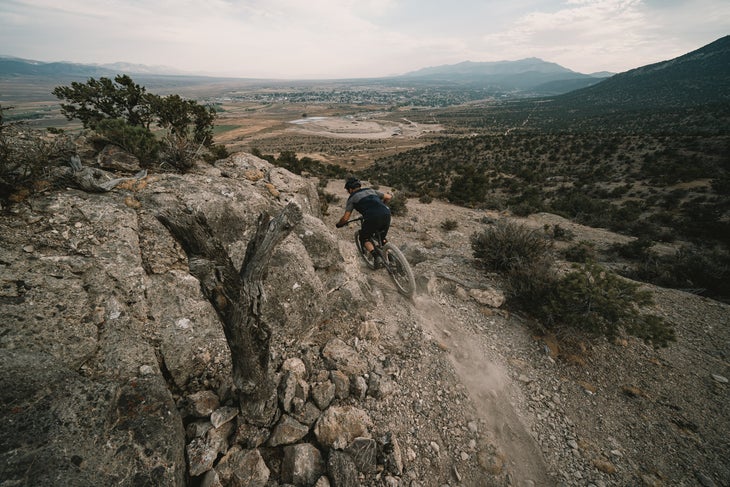 Thoughtful design features abound on the Troy. The rear spacing is 157mm Super Boost, although the redesigned rear triangle is now 9.5mm narrower and less boxy than before. Tire clearance is massive. Suspension pivots feature double-row, double-sealed bearings, and the suspension progressivity is enough that the Devinci Troy can be fitted with a coil shock without any worries of blowing through the travel. Size-specific chainstays differ for each size frame, there’s a flip chip on the lower shock mount that allows a half-degree adjustment of the 65.5/65-degree head angle and mega-steep 77/77.5-degree seat angle. Reach on our size large test bike was a contemporary 480-485mm, depending where the chip was flipped.

The sum of these parts and numbers is a bike that absolutely cleaves true to the Devinci ethos of being ready, willing and more than able when it comes to smashing sketchy lines, deathgripping straight fall-line descents, and hoovering up any kind of impact with total composure and battleship stability. Our testers unanimously noted not only how near impossible it was to bottom out the suspension, but how broadly capable and plush it felt in everything from kitty litter and washboards to wheel-eating G-outs. Unflappable. This is a 140mm travel bike that is totally capable of hanging with the bigger bikes all the way up to the edge of the double-crown fork and neckbrace crowd. Wanna really go big? Slap on a coil shock and laugh maniacally. 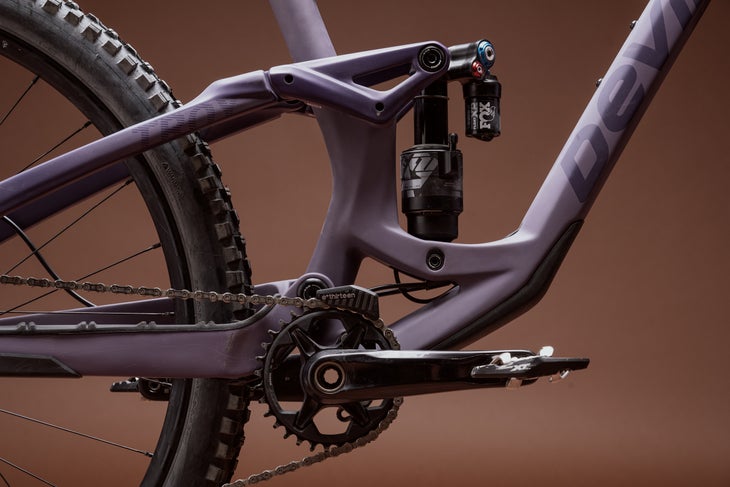 However, in addition to making a bike perfectly suited to hard charging riders, this latest iteration of the Troy is blessed with a surprising civility that makes it much more approachable and fun to ride than past versions. The approachability manifests in how it behaves in moderate terrain and how less edgy riders gel with the bike. The civility shows up when trying to pick through slow techy rock gardens, when slaloming through mid-speed singletrack, and when you’re forced to shut the brain off and just pedal uphill for a long time. Here, in spite of tires that add a solid couple pounds of rotational mass to the bike, the Troy displays a new side of itself. Superb low-speed balance, easy line-picking and maneuverability everywhere, and climbing manners that are dignified, if not exactly rocketship fast. A quick flick of the compression damping platform on the shock made even heinous steep fire road groveling tolerable, and we’d bet that dropping down to sub-1000 gram tires would make the bike downright lively. As it sits, the Troy is poised, nimble, and fun to ride. 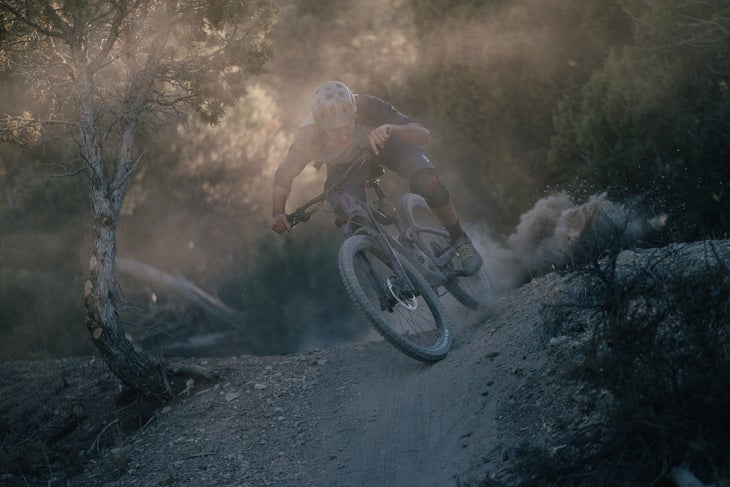 Those tires, though. They are there for a reason. They signify intent. They dare you to find your limit, then blow straight through it. Because, after all, this is still a Devinci.

For $2,700, you can get a Devnici Troy Deore 12s. That is this Devinci Troy. It’s an all-aluminum frame, but this isn’t, like, last year’s aluminum frame. It isn’t lacking features like the Split Pivot suspension or Super Boost spacing. It matches the experience of the higher end Troy builds as well as possible. It does have a 150mm fork instead of 160, but so does every model Troy other than the LTD we tested. And this fork has it where it counts. The RockShox Revelation RC specced on the Troy Deore 12s has a burly, 35mm-stanchion chassis, and you can upgrade the rather basic damper in the future if you need to. The Super Deluxe R shock lacks compression damping adjustment and a lockout, but we only found it useful in the steepest climbs that are usually chunky and short enough that you’re better off not bothering. The Deore 12-speed drivetrain is by far Shimano’s best budget effort yet, especially when Devinci went to the effort of including Deore cranks and 4-piston Deore brakes and a 203mm rotor. The next model up gets the more advanced damper of a Pike Select+ fork and the newly updated GX drivetrain, but that’s $3,600, and doesn’t feel like $900 more bike. The best value up the range is the $4,400 carbon front, aluminum rear, GX- and Fox-equipped Troy Carbon|Alu GX. For a relatively small brand, nearly every price point is impressive.